Sometimes thank-you isn’t enough. That’s why we’re sending these awesome Confident Girls Foundation supporters something extra for their commitment to the work we do. Sheree as a young girl holding her netball trophy.

When Sheree donated to the Confident Girls Round telethon it brought back memories of her own netball experiences growing up.

“I played netball through my younger years and did very well and enjoyed it very much. I played for the Paradise Point Panthers. Unfortunately, I was bullied at school for 6 years, through primary and secondary and the scars still remain today from that.”

“It wasn’t such a known thing back then so I didn’t see how netball could have helped me through it. I support netball today so it encourages young girls to feel they have a safe space and not go through bullying themselves.” Debby (GD) and her cousin.

Finding your confidence and standing up for what you believe in. That’s what the Confident Girls Foundation represents. We support those who see a problem in their community and are committed to fixing it. In that way we’re different to a lot of other charities who have one answer to a variety of problems. We are versatile in how we help people and varied in who we support because in order to create equality for women and girls, a lot needs to be done.

For Debby Pratt, who recently signed up to be a regular monthly donor, that’s exactly why she decided to get involved.

“Netball has always been my love ever since I started playing when I was 8 years old. It is more than a game and some of my best friends and memories are all connected to netball.”

“I love that I’m still playing, my two daughters are now playing and my son umpires. Our club is amazing and gives so much. I wanted to be able to give some other girls wonderful memories and friendships plus the joy of playing and being part of a team.” 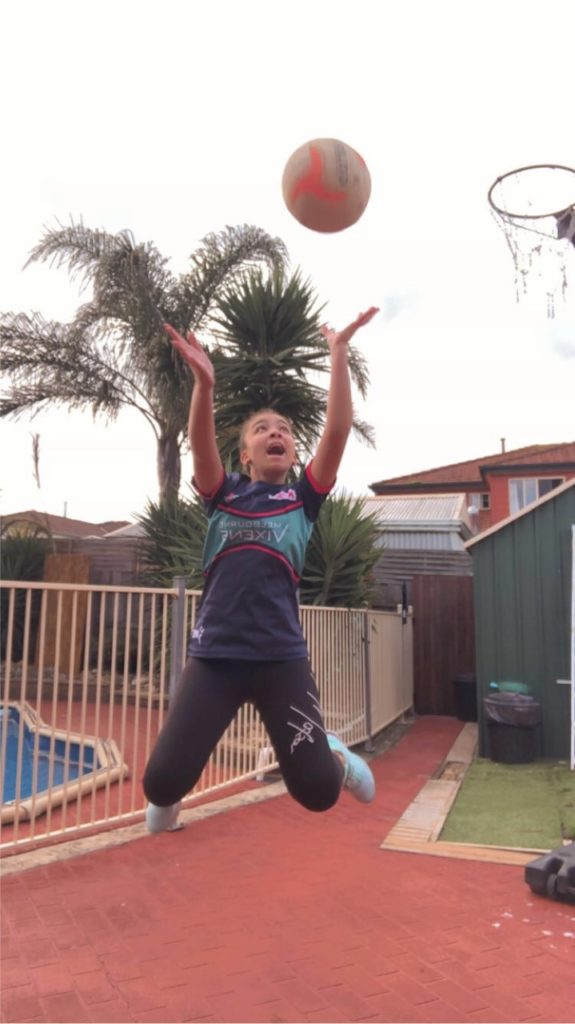 Jasmine catching a ball midair in her Vixens gear.

Through netball, a game that promotes healthy living, community and resilience, we are achieving great things for women and girls.

We’re also inspiring the next generation of girls to be there for each other.

For Jasmine, being able to recognise the opportunities she has and hearing she could be the difference in another girls life, is what inspired her to support the Foundation.

“I’ve decided to support the Confident Girls Foundation because I love what it stands for” said Jasmine, “I personally think it’s such an amazing thing to do and I love being able to support so many others”. Fayth smiles whilst running in the sun, wearing her magpies netball gear.

Fayth Doherty, similarly felt a strong connection to the girls who Confident Girls Foundation supports. Choosing to donate was simple;

“I decided to support the Confident Girls foundation because I think that the work that they do is really important”.

And it really is that simple. The work we do has long-term benefits for all those who engage in our programs. Whether they be domestic violence awareness campaigns, school based programs that combine education, self-esteem and physical activity or, Bushfire Recovery support. The Confident Girls Foundation focuses on sustained change and greater opportunities for women and girls.

So again, a massive thank-you to each of  our highlighted supporters. Each of these brilliant women will be receiving a prize from our partners; PTP Fitness, Woolworths, Australian Diamonds and Netball Australia.

If you want to become a monthly giver to the Confident Girls Foundation, please sign up here to support Australia girls.