When Trish Crews, Raewyn Elsegood and Samantha Jack, noticed that their daughters weren’t enjoying playing netball anymore, feeling anxious about themselves and their games, Team GEM didn’t quite know what to do, just that something had to change.

“We knew our daughters needed help, but we also wanted to work with our Gazelles Club committee, who wanted to increase our girls’ involvement with their team, to encourage them to give back,” said Trish Crews.

“We found the older adults were the only ones moving forward to volunteer umpire and coach. Now we have 28 14 and 15 year olds who are playing, coaching and umpiring this season. There is no way 6 years ago I would have said that was possible.”

From this success, their empowerment program continued to make leaps. In 2016 Team GEM partnered with Netball NSW to establish EmpowerPlay, introducing their program to others in the state. 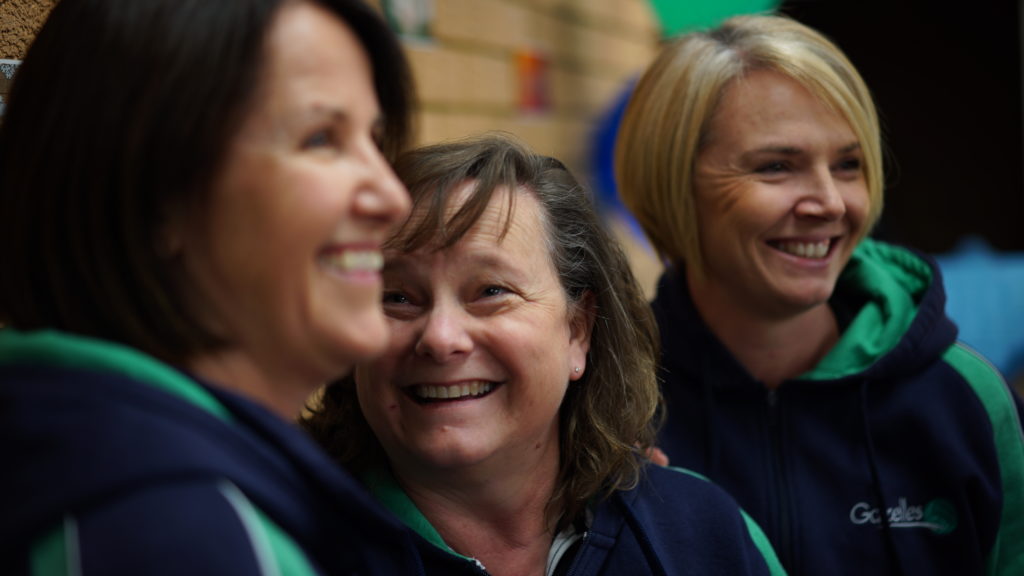 The program has four modules, Empowerment, Resilience, Kindness & Confidence, which comprise of three sessions. Over the past three years 22 associations have taken part in the program, a significant increase from an initial pilot of 5.

For those involved the benefits are obvious. At Nowra Saints Netball Club Katie and Amelie aged, 11 and 12, were eager to continue the program.

“I enjoyed every session. I liked it all” said Katie whilst for Amelie, it was more about the community, “I got to know everyone and we are more of a family”.

It’s also a great resource for coaches and parents. For Mardi Aplin who delivered a module in Orange, it’s meant she can be a more effective support for her team.

“As a coach I am loving having this involved within my program. It has allowed me to get to know each of the girls in the way they see themselves and the strength of their personalities that I as their coach can work with.”

This is one of the greatest benefits says Team GEM Samantha Jack.

“Through the program coaches learn who their players are and how best to coach and play with the individual. This also allows them to deal with any other issues coming out of their personal lives. It becomes about more than the game.”

And the benefits aren’t just for individuals. For Gazelles, who have run the program for six years now; their teams have continued playing together, individual players have more confidence in themselves and the club as a whole feels more united and stronger.

They have even seen an increase in player numbers, a strong retention rate and more sponsors come on board as the club has built a great reputation for community and support.

“Like most things, it came from a need at the time and we saw the positive impacts its had for our own children and then it grew from there, “ says Raewyn, whose daughter was told by her therapist that she needed to be involved in team sport to overcome her anxiety.

“We’ve set this expectation, that we will support these players and their hearts in their netball journey and now we have girls asking what the next thing is, how are we going to continue supporting them, they want more.”

“When a club steps up, we see that netball can teach you so many life skills. It’s not just netball. That’s what team sports are really for.”

During COVID-19, EmpowerPlay pivoted into online support. To find out more information head to their website: https://www.empowerplay.com.au/home/